BrightSign, LLC has joined forces with Convergent Media Systems Corporation and KenCast to debut a new platform for large organisations to distribute and manage media files with their existing satellite networks.

Although terrestrial networks are used for a broad range of digital signage applications, bandwidth constraints and other inherent limitations have limited their appeal for many organisations. Meanwhile, larger organisations from national retail chains to government institutions that multicast to thousands of locations via satellite networks have had limited ability to customise and confirm complete delivery of their video, audio and image files to all end-points.

“This new solution gives AV integrators an entirely new way to look at satellite networks. Our partners Convergent and KenCast developed an innovative way to use satellite technology not to simply broadcast content, but to intelligently deliver and manage robust video content across any satellite network, no matter how complex or geographically distributed.” –
Jeff Hastings, CEO of BrightSign

Convergent’s INSPIREEnterpriseSM content automation service is a complete Digital-Signage-as-a-Service package that includes the media player and software, content and support for a flat monthly fee. INSPIREEnterpriseSM makes it easy for organizations to broadcast a wide range of employee-facing content including live townhall meetings and Video-on-Demand, which enables users to access stored media files using a touchscreen display or IR remote control. Convergent also provides custom-branded motion graphic templates that can be dynamically populated from a web form or customer database/application. This ensures the content is always fresh and engaging, yet only requires minimal effort to produce.

“Now, satellite service providers and their customers can increase the return on their investment in satellite infrastructure by using these networks to support digital signage. Our INSPIREEnterprise digital signage service enables businesses and government organizations to communicate with their employees more effectively, and thereby increase employee productivity, compliance, safety, morale and retention.” – Greg Davis, SVP Sales & Marketing at Convergent

KenCast pioneered the use of satellite networks for reliable and secure file and stream distribution in the early 90’s. Its Fazzt digital delivery system is a sophisticated and widely used tool that securely and efficiently manages content delivery via satellite and terrestrial networks. Although terrestrial networks are an excellent option for corporate communications videos – driving costs down as the number of players increases – this approach is not ubiquitous. As part of this joint solution, KenCast client software is loaded onto BrightSign players that are connected to each end-point. The KenCast server software tags and then multicasts every data packet to each of the designated end-points, ensuring precise content distribution.

“KenCast is pleased to join Convergent and BrightSign to offer this hybrid platform that unites the innovative AV distribution tools of each of our companies, which have been developed from years of experience building highly efficient satellite networking solutions.” -William Steele, CEO of KenCast.

Ernie Lansford “repurposes” to continue having the time of his life 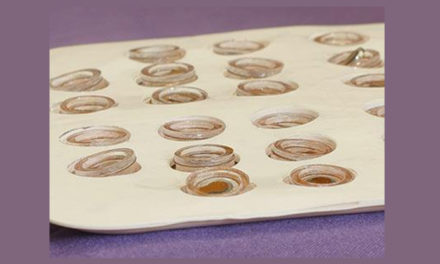